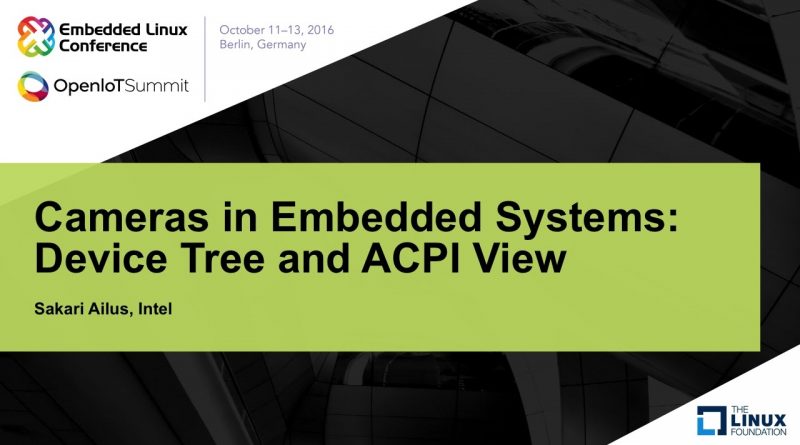 Cameras in embedded systems are often collections of different components rather than monolithic devices such as USB webcams. They consist of sensors, lenses, LED or xenon flashes and ISPs, each of which are individual devices with their specific drivers.

Once the prevalent solution for supporting hardware variation between different ARM based systems was platform data. Since around 2011 new platform data files have had hard time getting to mainline, the preferred solution being the Device tree. However, Device tree support in the V4L2 framework was not around until over a years after that, additionally help from the V4L2 async framework is also required in order to achieve the same functionality as with platform data.

Show how the frameworks are used in drivers and Device tree source. Review the status of ACPI and discuss potential future developments.

Sakari Ailus first became familiar with Linux in 1994 and has been doing Linux kernel programming since around 2001. Sakari has contributed to the Linux kernel including but not limited to V4L2 and Media controller subsystems. Sakari is especially interested in cameras in embedded systems.Sakari works for Intel in Finland.

source by The Linux Foundation 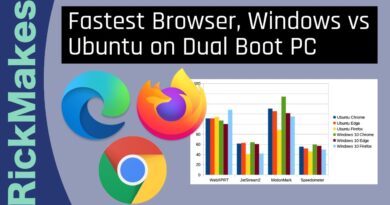 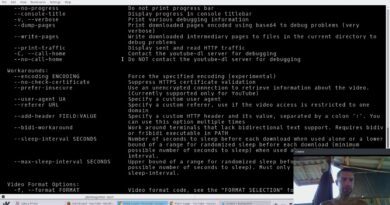 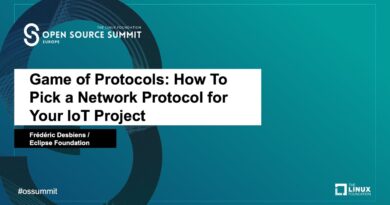 Game of Protocols: How To Pick a Network Protocol for Your IoT Project – Frédéric Desbiens