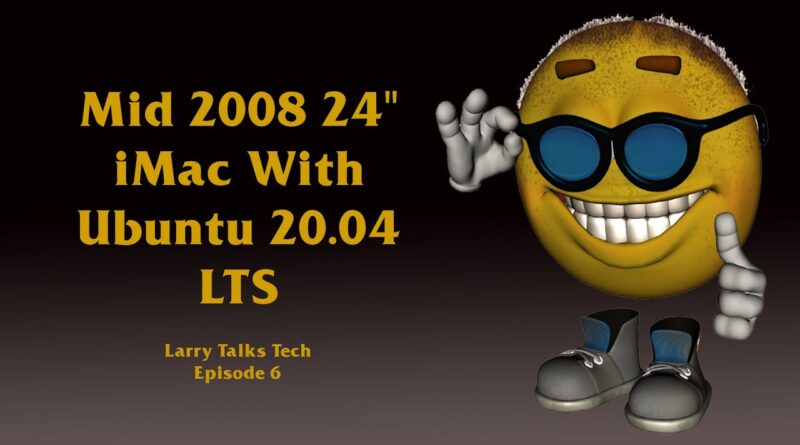 I had been wondering how Ubuntu would work on my 12 year-old iMac. I decided to find out.

Here are some specs for my iMac. It has a 24” pre-Retina monitor, with an also pre-Retina 20” Apple Cinema Monitor attached to the iMac’s only mini-display port. The Mac has one Intel Penryn dual-core CPU, with both cores running at 2.8GHZ. It has 4 Gigs of RAM. The iMac uses a Radeon HD2600 graphics card with 256 megs of memory. Finally, it has a 256 GIG SSD drive.

Installing Ubuntu 20.04 was non-eventual. Download the OS from Ubuntu. Burn the ISO to a DVD. Pop the DVD into the optical drive, then turn off the computer. Turn the computer back on while keeping the “C” depressed until you see the “Apple” on the screen. Finally, follow the instructions on the screen. That’s all there is to it. Simple.

After the install and during the initial restart, the iMac sat for 45 seconds with only a white screen displayed on the monitor. It still does this on every start and restart. This is probably because the iMac’s EFI can no longer find a default start-up partition, so it is searching all possible drives before it continues to load the OS. From this point forward, startup time is typical for a 2008 iMac with an SSD drive.

After my initial start-up, I noticed that the Apple Cinema monitor was using the exact background as the iMac monitor. Data wasn’t being mirrored, just the background. I like a different background for each of my monitors, and to my surprise, Ubuntu does not natively offer an option to accomplish this. After some Googling, I found a free program called HydraPaper that does the job nicely.

Next, I checked all my hardware, and the only piece that wasn’t supported was my WiFi. There was not a suitable driver for the onboard WIFI Broadcom chip. For me, this was not a deal-breaker because this is a desk-top machine and is always hooked to my local Ethernet network. Ethernet seems to be a typical Bonjour/Samba hybrid and finds my server without any intervention from me. My networked Brother Multi-Function Laser printer pops up as being available on Ubuntu as soon as I turn the printer on. All USB ports function, including those on the Apple Cinema monitor. Surprisingly, when the computer is asleep, the Apple Cinema’s power LED gradually increases and then decreases brightness, just like it did when connected to the OS X powered iMac. Ubuntu set each monitor to their maximum resolution, and the default video driver provides an image as good, if not better than the iMac on El Capitan. VLC and Kodi run fine, look good, a with no stutter, jitter, or dropped frames. Audio works well too. In fact, after adjusting Kodi’s audio settings, audio passes through to my Onkyo AVR, and the sound is terrific.

Adding and updating software is painless. Ubuntu has an excellent GUI package manager. As well, from a terminal, “sudo apt update and sudo apt upgrade” also do the trick.

The Gnome desktop works fine with my 256 meg Radeon graphics card. I am glad I chose the Gnome desktop. It is clean and simple. If you can use any Windows or Mac desktop since Windows 95, then adapting to Gnome will be a piece of cake. However, if you have problems, there is even a set of instructions on the left-side Favorite’s bar. Just click the “?” icon.

To this point, my newly dubbed iMacBuntu had shown that is had the resources to easily run Ubuntu 20.04 with the Gnome desktop. In addition, I had been able to find and install every program, or program alternative, that I needed. To this point, the only real issue was the lack of WiFi. However, when I put the iMacBuntu into my work environment another Gremlin became apparent.

The aforementioned gremlin appeared after I would place the computer on Suspend, and when I woke the iMacbuntu up, the network often would be missing in action. I tried every terminal or GUI solution I could find to get the network reconnected, and there was no joy. All that was left, was to simply reboot the computer. From my research on this issue, this seemed to be an ongoing problem with Ubuntu 20.04 and past versions as well. There is good news though after a system upgrade several weeks ago, the gremlin left, and the network joins the rest of the computer’s services when the iMacBuntu wakes up.

After using the iMacBuntu for three months, aside from the WiFi issue, trading El Capitan for Ubuntu Focal has resulted in an outcome that has exceeded my expectations. I have Big Sur installed on a MacBook Pro, and I find that I prefer the Gnome desktop over Big Sur. The Ubuntu/Gnome combination has proven to be a very efficient package, is far less intrusive on my privacy than recent Mac operating systems, and has put new life into my 12-year-old iMac. The only regret that I have is that I did not update the iMac with Ubuntu sooner. 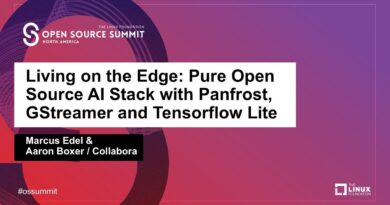 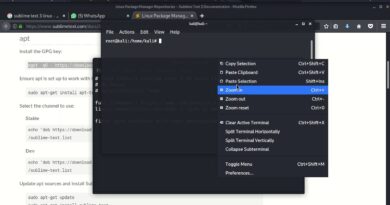 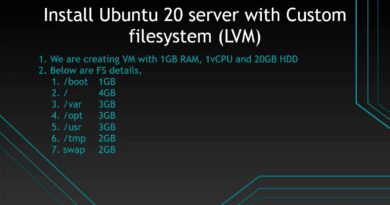