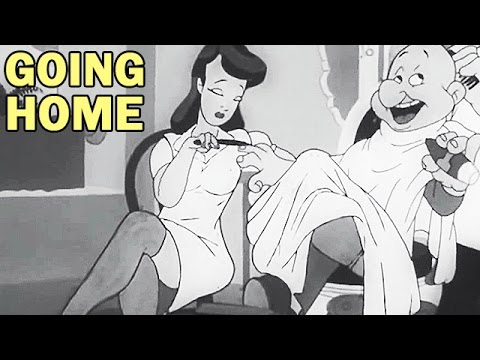 Private Snafu is the title character of a series of black-and-white American instructional cartoon shorts, ironic and humorous in tone, that were produced between 1943 and 1945. Private Snafu demonstrated to the soldiers what not to do in service and designed to improve troop morale during World War 2. The cartoons were produced to the US Army by Warner Bros. The voice of Private Snafu was performed by Mel Blanc. (Mel Blanc earned the nickname “The Man of a Thousand Voices”. He is best remembered for his work as the voices of Bugs Bunny, Daffy Duck, Porky Pig, Tweety Bird, Sylvester the Cat, and many other characters.)

In this episode:
Private Snafu returns from the “global grind” of World War 2 to the United States home front, on leave from the military. His ship enter the New York Harbor, then he makes his way to his hometown. The narrator explains that Snafu, the town’s “returning hero”, feels “safe at home, away from battle”. He also feels safe in discussing military matters with civilians, including restricted information. Snafu’s unit suffers the consequences of blabbing military secrets…

Going Home was never released because it contained a depiction of a secret weapon too close to an actual military secret: the atomic bomb – a weapon able to obliterate an entire island.

During World War 2 (1939-1945) keeping military secrets was a matter of life or death. In the 1940s, operations security meant avoiding talking or writing openly about military actions, in order to keep critical information from reaching the ears of adversaries. The U.S. Office of War Information issued dozens of propaganda products, like posters and films, to persuade Americans – civilians and military personnel both – to support the war effort by keeping quiet about what they might know about.

Operations security (OPSEC) is a term originating in U.S. military jargon, as a process that identifies critical information to determine if friendly actions can be observed by enemy intelligence, determines if information obtained by adversaries could be interpreted to be useful to them, and then executes selected measures that eliminate or reduce adversary exploitation of friendly critical information.

In a more general sense, OPSEC is the process of protecting individual pieces of data that could be grouped together to give the bigger picture (called aggregation). OPSEC is the protection of critical information deemed mission essential from military commanders, senior leaders, management or other decision-making bodies. Nowadays, the process results in the development of countermeasures, which include technical and non-technical measures such as the use of email encryption software, taking precautions against eavesdropping, paying close attention to a picture you have taken (such as items in the background), or not talking openly on social media sites about information on the unit, activity or organization’s Critical Information List.

My name is Allen THOMPSON. I will be posting instruction guides, how-to, troubleshooting tips and tricks on Linux, Networks telecom, hardware, security and web. My focus is to write articles that will either teach you or help you resolve a problem. 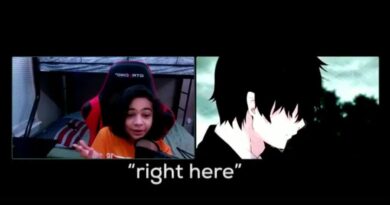 i got his ip address… 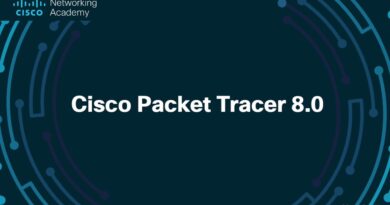